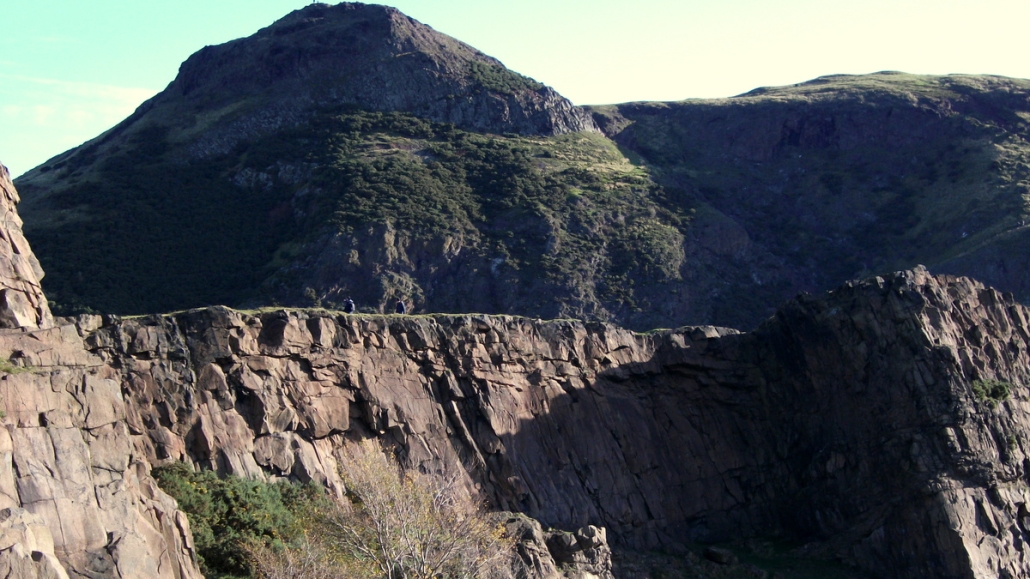 Arthur’s Seat is Edinburgh’s highest hill, visible for miles around. The rocky slopes and cliffs of Arthur’s Seat and Salisbury Crags are part of Holyrood Park and provide a spectacular natural backdrop to the city. The park is Edinburgh’s wildest and biggest open space. A place of sanctuary from the crowded streets, a piece of countryside within the city limits.

Arthur’s Seat is an extinct volcano, which erupted around 340 million years ago. At that time, Scotland was a very different place, located close to the Equator. The rocks of Holyrood Park give us some clues about what it was like in the past. Layers of sandstone formed in shallow lagoons close to the sea. Many explosive eruptions of the volcano created volcanic ash, and lava flows formed in quieter eruptions. In the hundreds of millions of years since it stopped erupting, the volcano has been buried beneath other rocks. It has gradually been exposed at the surface and eroded, so that now less than half remains. This means that we can now walk through the crater area and across some of the lava flows, But also go right through the heart of the volcano and see rocks that were created underground during the eruptions.

Holyrood Park holds a special place in the history of science, for it was here in the late 18th century that James Hutton found evidence to support his theories about the workings of the Earth. At Salisbury Crags, he observed igneous and sedimentary rocks and understood that they had been formed at different times by different processes. He suggested that the Earth was very old, and continually changing; a startling new idea that changed forever the way people thought about our planet. This had a major influence on other scientists such as Charles Darwin. James Hutton is now recognised as the ‘father of modern geology’. 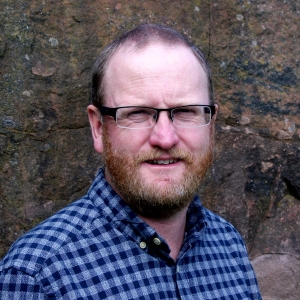 I’m Angus Miller, and I’ve been leading tours in Holyrood Park for more than 20 years. Join me to explore the extinct volcano in the heart of Edinburgh, with great views of the city.

Get in touch if you’d like to do a tour on a date that is not listed – I’m always happy to arrange additional tours if possible.

Guided tours for small groups are available all year. Climbing to the top of Arthur’s Seat and back takes about two hours, or you can choose a low-level, easier option.