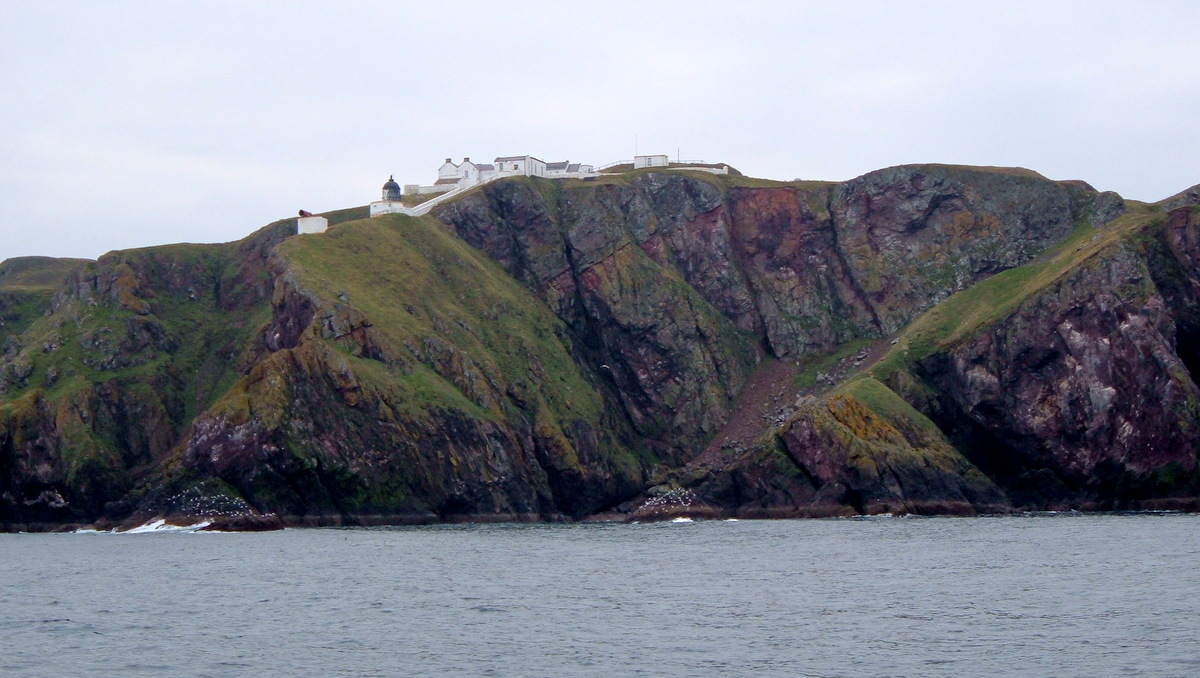 This jutting peninsula has a very different geological history from the land to the north and south, due to volcanic eruptions which created flat-lying lava flows, and movement along a fault line. It all adds up to create ideal conditions for nesting seabirds.

THE ROCKS: The St Abb’s headland owes its existence to hard igneous rocks, layers of lava erupted from nearby volcanic vents around 400 million years ago. These rocks have moved downwards along a fault line so that they are now found adjacent to the greywacke sandstone, older sedimentary rocks originally formed on the floor of the Iapetus Ocean. The greywacke sandstone layers were crumpled during the Caledonian Orogeny, and are now often upended in a series of giant folds.

THE WALK: A circular walk, out along the cliff-top path in the St Abb’s Nature Reserve to the lighthouse and Pettico Wick, before returning inland. Total distance 8 km, with steep cliffs alongside in places. This is classified as a Moderate Walk: not always on paths, may be rough or slippery underfoot at times. It may be wet, windy and cold. Come equipped with strong footwear, good waterproof clothing, something to eat and drink.

MEETING POINT & ROUTE: At the Visitor Centre car park at the entrance to the National Trust of Scotland National Nature Reserve. From Coldingham, follow the B6438 eastwards for a mile to the Visitor Centre at Northfield. Grid reference: NT913674 | Nearest Postcode: TD14 5QF | What3Words: tadpoles.flattered.widen | Route Map.