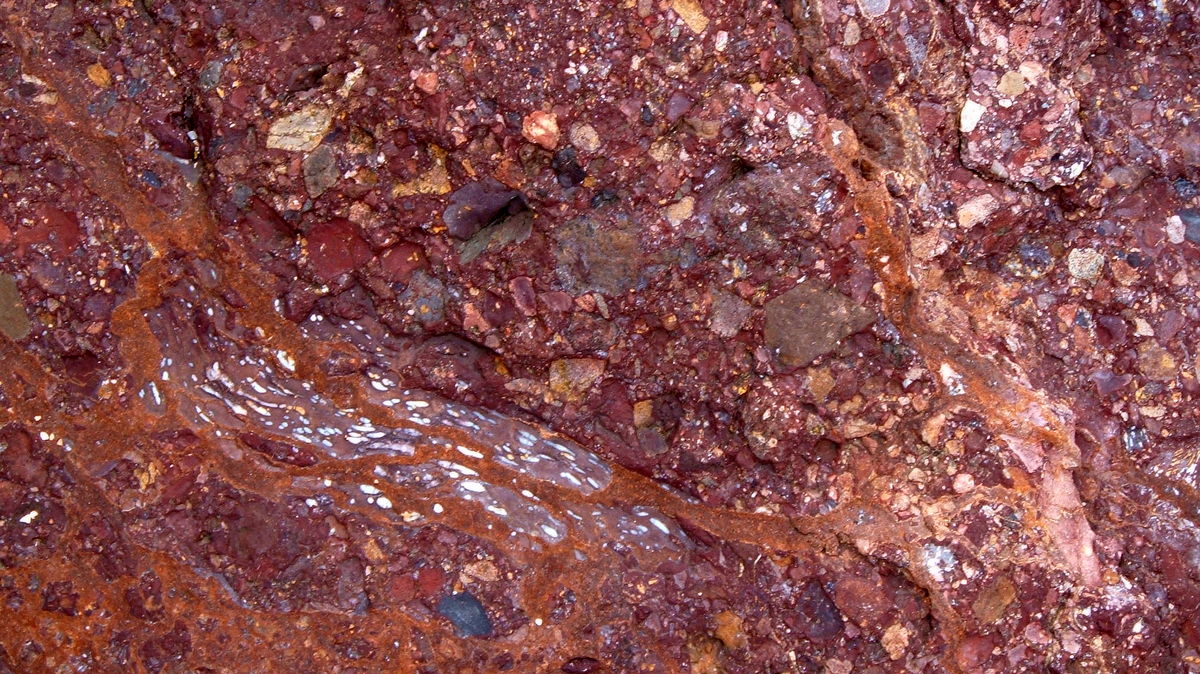 This quiet section of rocky coastline has a complex and fascinating story of two episodes of volcanic activity.

THE ROCKS: the layers of basalt and mugearite lava here are part of extensive volcanic activity across East Lothian early in the Carboniferous Period. But it has recently been discovered that there was a later volcanic vent, a vigorous eruption that cut through the earlier rocks and spat out blobs of hot lava; these rocks were later altered by hot fluids. Messy stuff!

THE WALK: A gentle, flat walk on paths and beaches heading west from Yellow Craig. I have classified this as an Easy Walk. It may be wet, windy or cold. Come equipped with strong footwear and waterproof clothing.

This walk is accessible by public transport, with a short walk from the nearest bus stop in Dirleton.