You are here: Home / Geology Courses

I teach introductory geology courses in Edinburgh, for both the Centre for Open Learning at the University of Edinburgh and the City of Edinburgh Council – Adult Education Programme.

These include classroom and excursion courses, and all are at beginner level – no previous knowledge required! The courses aim to give you a introduction to geology, illustrated by many examples from the wonderful geology of the Edinburgh area and the rest of Scotland.

Courses at the Centre for Open Learning, University of Edinburgh

Geology of the Lothians 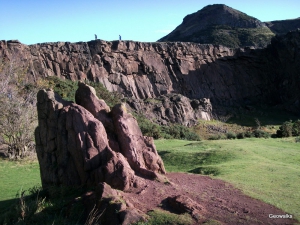 Edinburgh is justly famous for its remarkable scenery: a landscape that results from the interaction of the processes of erosion and glaciation with the solid bedrock formed millions of years ago. Across the Lothian area we find a variety of rock types and ages; a mixture of sedimentary and igneous rocks formed by different processes, mostly in the period from 400 to 300 million years ago. This course examines these rocks, describing how they were formed, the varying conditions that have existed here through geological time, and how the rocks have been modified, moved and eroded.

The course includes an introduction to the geology of the Lothians, and the way that the underlying rocks influence the landscape. We then consider the sedimentary and igneous rocks of the area in more detail, including case studies of the Arthur’s Seat and rocks used by people. The course concludes with an analysis of the effects of glaciation in sculpting the landscape of the Lothians. 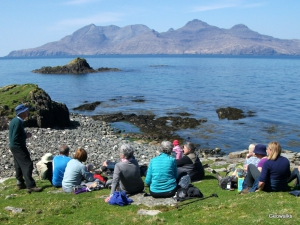 Past volcanic eruptions have had a significant role in shaping Scotland’s landscape, creating for example the rocks of Glencoe and Skye. By exploring modern eruptions around the world we can develop an understanding of the volcanic activity in Scotland’s geological past.

What are volcanoes? Why do they erupt? An introduction to the different kinds of volcanoes and eruptions, and the variety of igneous rocks that are found in volcanic environments. The course considers case studies of active volcanoes and recent eruptions, and looks at how volcanoes work and the materials that they produce: lava flows, pyroclastic flows, ash falls.

The course then moves on to consider the ancient volcanoes and the landscape of Scotland, investigating volcanic episodes in Scotland, and their influence in the local landscape and the shape of country. Scotland’s past volcanic eruptions will be examined thematically, exploring volcanic activity associated with ocean closure and continental collision, and then volcanic activity associated with plate rifting and ocean formation. The type of volcanic activity seen in Scottish volcanoes in the past will be illustrated with examples from modern eruptions from around the world. 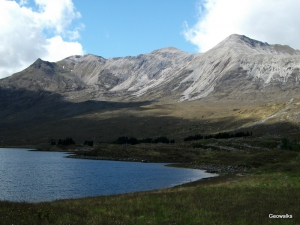 Scotland is renowned for its beautiful and varied mountain scenery. Look beneath the surface and discover a long and complex geological history that has produced a wide range of rock types in difference locations. From the Northwest Highlands to the Southern Uplands, we’ll explore Scotland’s hills and discover the geological stories which make them unique.

The course begins with an overview of the main episodes in Scotland’s geological history, the rocks of Scotland, and why different rocks have formed at different times. Subsequent sessions investigate different areas of Scotland, describing the rocks and landscapes of each area, and considering how the rocks formed, and how they have been modified and eroded. These sessions include consideration of the Scottish Highlands, covering metamorphic rocks, and then the hills made of igneous rock; the hills of the Midland Valley, including the Ochils, Campsies and Pentlands; the Southern Uplands; and the Islands of the west, including Skye, Rum, Mull and Arran. 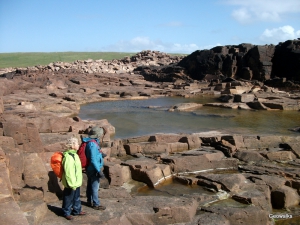 Scotland has an amazing coastline of cliffs and beaches, firths and sea lochs, headlands and islands. This coastline reflects Scotland’s complex geological history, which has resulted in a varied range of rock types formed at different times. The interaction of the sea with these rocks has produced a unique, ever-changing coast. We’ll explore the coast from Shetland to southwest Scotland, including several case studies from all parts of the country, and consider the factors that influence the current shape of the coast and will continue to do so in the future.

The course includes a day excursion exploring the varied coastal landscapes of East Lothian, including visits to St Baldred’s Cradle, Barns Ness and Siccar Point. In exploring a variety of coastal settings we get an opportunity to see some practical examples of the influence that geology has on the shape of the coast and deepen our understanding of coastal processes. 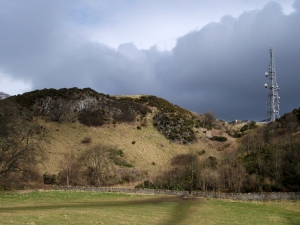 Edinburgh’s landscape is dominated by the Seven Hills, each with a hard core of igneous rock that has been altered and eroded over millions of years by natural forces and more recently by human activity. We will visit each of the hills to explore what they tell us about the past, and how they contribute to today’s city.

Note: the official Seven Hills are – Calton Hill, Castle Hill, Corstorphine Hill, Craiglockhart Hill, Braid Hills, Blackford Hill, Arthur’s Seat. I think it is unfair that Salisbury Crags is excluded, just because it lies beside Arthur’s Seat – the Crags are more impressive than many of the other hills. And Craigmillar perhaps deserves a mention (the organisers of the Seven Hills Hogmanay fireworks thought so one year), but it is made of sedimentary rock when all the rest are igneous.